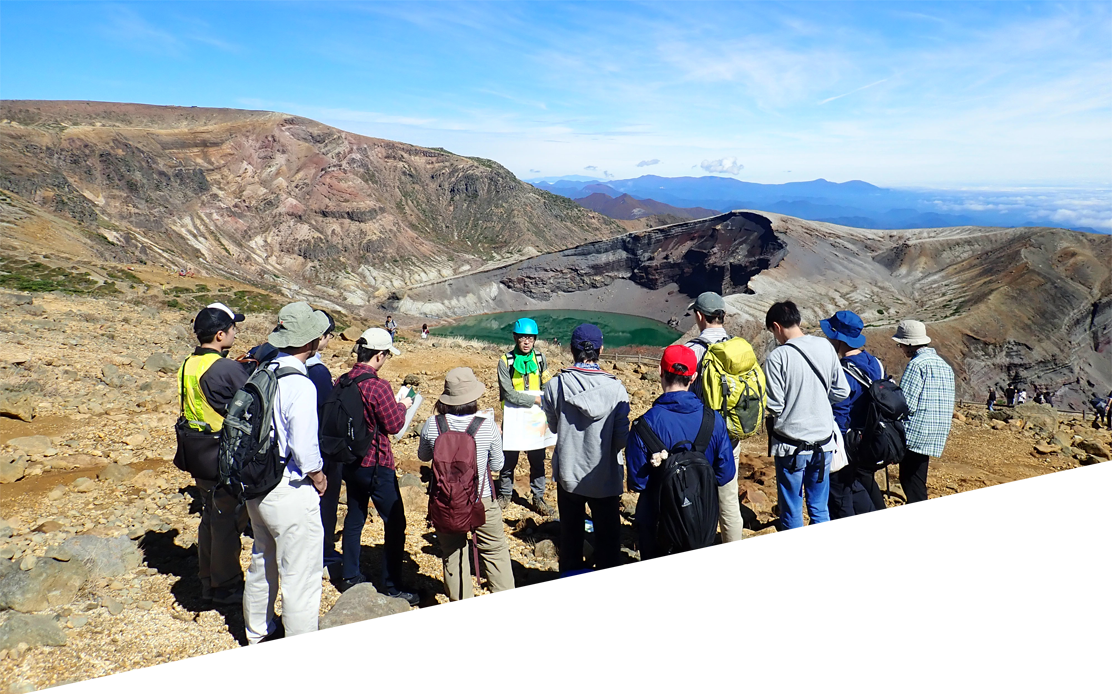 Field studies were conducted at Mt. Zao, located on the border between the Miyagi and Yamagata prefectures, for three days from October 6th to 8th, 2018. Eleven graduate students majoring in geophysics and geology/petrology, coming from universities nationwide that are involved in this consortium, participated alongside three faculty members. In the morning of the first day, the entire group conducted excursions at Mt. Zao together. In the afternoon of the first day and the entire second day, the group split up into the geophysics course (seven members) and the geology/petrology course (four members) and conducted field studies. Presentations were given by each group on the third day.

Activities common to all groups 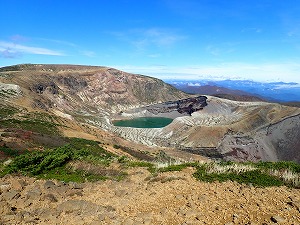 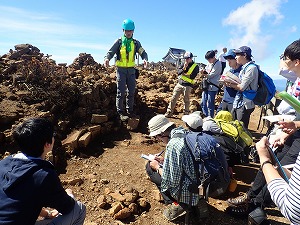 After gathering at the rest house at the summit of Mt. Zao at 10:00 on October 6th, the group began excursions under the guidance of Professor Masao Ban (Yamagata University). Commentary was given on the history of the volcanic activity of Mt. Zao, under favorable weather conditions, while remotely observing the horseshoe-shaped Umanose caldera (formed in the initial phase of the recent eruption), Goshikidake (the central volcanic cone located inside), and Okama (the crater lake formed by the explosion crater). After observing the sediments from the phreatic eruption in 1985, which was the latest eruption around Okama, the group observed the volcanic ejecta of a phreatomagmatic eruption that occurred approximately 30,000 years ago at the summit of Mt. Katta. 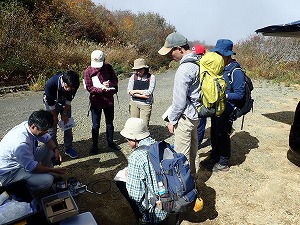 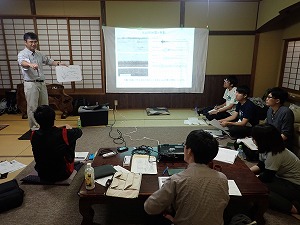 Seismic array observations at a location approximately 1.5 km southeast of the Okama crater began on the afternoon of October 6th. A seismic array observation is a method consisting of setting up multiple seismometers in a location of a given size and examining the direction and velocity of the arrival of seismic waves. Students set up the seismometers after being given explanations of the methods of using seismometers and data loggers under the guidance of Professor Takeshi Nishimura (Tohoku University). 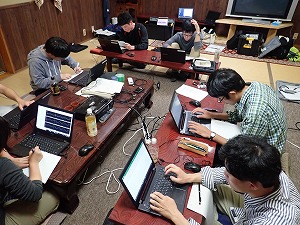 In the morning of October 7th, Professor Nishimura lectured the basic principles of the seismographs used in this field study, as well as the types and features of the ground motion recorded by seismometers. Furthermore, he explained the basic principles and analysis methods for estimating the apparent velocity and propagation direction of seismic waves based on seismic array observation data. The students learned the techniques of array analysis by solving their own examples. 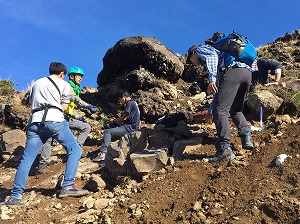 In the afternoon of October 7th, the students analyzed the waveform data recorded on seismic arrays. The students applied the analysis techniques they learned in lectures to the data in order to determine the apparent velocity and propagation directions of the volcanic seismic waves, and they then estimated the position of the earthquake source. 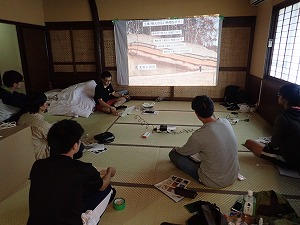 The geology/petrology course group conducted field studies involving outcrop observations and microscopic observations of volcanic ejecta near the summit and at the foot of Mt. Zao.
From the afternoon of October 6th, the students observed pyroclastic rocks under the guidance of Professor Ban at an outcrop in the western part of Kumanodake, which is located northwest of Okama. The students investigated the differences in the types and proportions of the components of each layer of agglomerates and agglutinates, including volcanic bombs and scoria, in order to estimate the eruptive sequence. Afterwards, the students observed the tephra layer at outcrops in Otanokami and Daikokuten, which are located approximately 1.5 km from Okama, in order to create a columnar section. 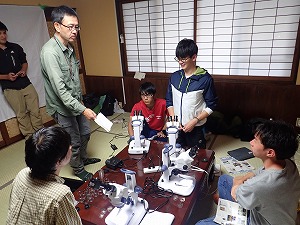 On the morning of October 7th, the students were given a lecture on volcano geology by Professor Ban, after which they observed tephra spanning a period of approximately 3000 years at Sumikawa, approximately 4 km from Okama. Its features were investigated in order to create a columnar section and estimate an eruptive sequence. Furthermore, the students investigated stratigraphy by comparing the tephra and the key beds of Otanokami and Daikokuten, which were observed during the previous day.
In the afternoon of October 7th, the students used microscopes to observe volcanic ash from the magma eruption and phreatic eruption which were collected at Sumikawa. The students estimated an eruption sequence by investigating the types and proportions of the components, such as lithic fragments and crystals of different colors, within each layer. 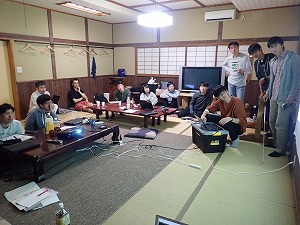 On the final day, October 8th, the students gave presentations that summarized the field study content. Two groups were formed from each of the geophysics course and the geology/petrology course for oral presentations of the field study results, and a lively question and answer session was held for each group's presentation. Finally, the professors gave comments for the work.