Students and faculty gathered on August 30th and conducted field studies at Mt. Kusatsu-Shirane, located in Gunma Prefecture, over five days, from August 31st to September 4th in 2020. A total of 18 graduate students majoring in geophysics, geology/petrology, and geochemistry, coming from universities nationwide that participate in this consortium, participated alongside 12 faculty members. On the first day, the entire group conducted excursions together and attended lectures relating to Mt. Kusatsu-Shirane. From the second day onwards, the group was split into the geophysics course (seven members), geology/petrology course (six members), and geochemistry course (five members) for field studies. The whole group gave presentations on the fifth day. Activities common to all groups: lecture 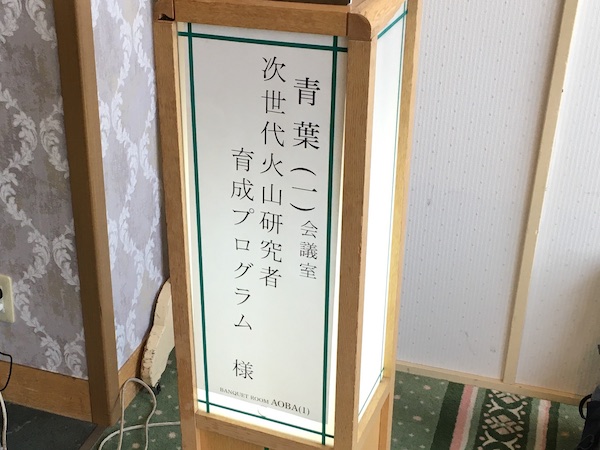 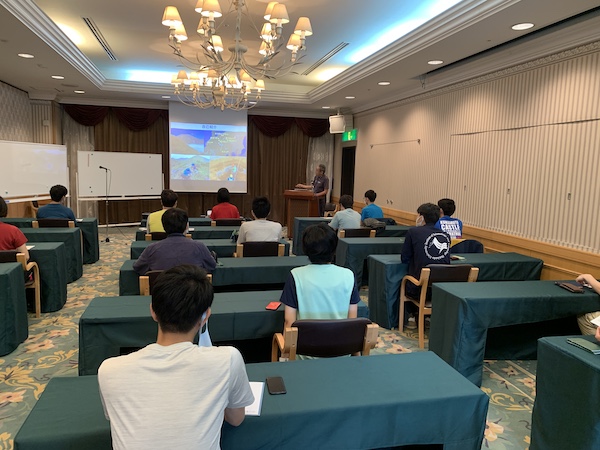 Excursions were conducted after the lecture. First, students observed the Hitani wind cave and lava morphology located near the parking lot of Tenguyama, which lies at the edge of lava flows of different ages. From the highest point on the national highway at Shibu-toge, the group observed the entirety of Mt. Kusatsu-Shirane, including the 2018 eruption point of Mt. Motoshirane. Afterwards, the group traveled to Manza Onsen, located on the western side of Mt. Kusatsu-Shirane, where they observed the alternation zone and the Onza fumarole. 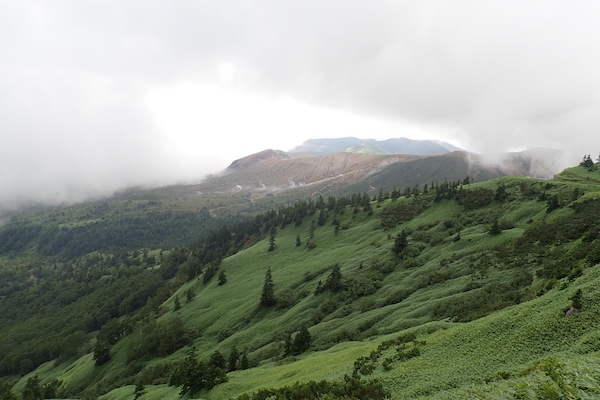 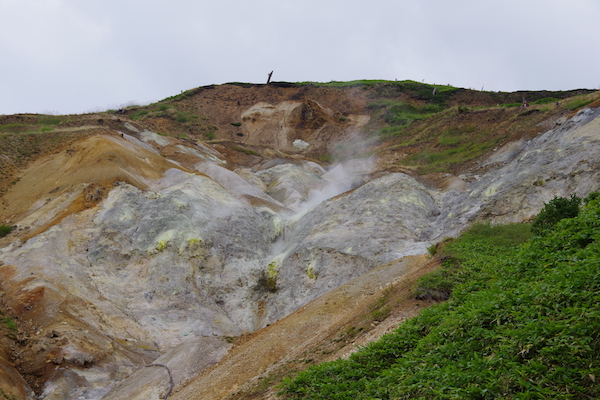 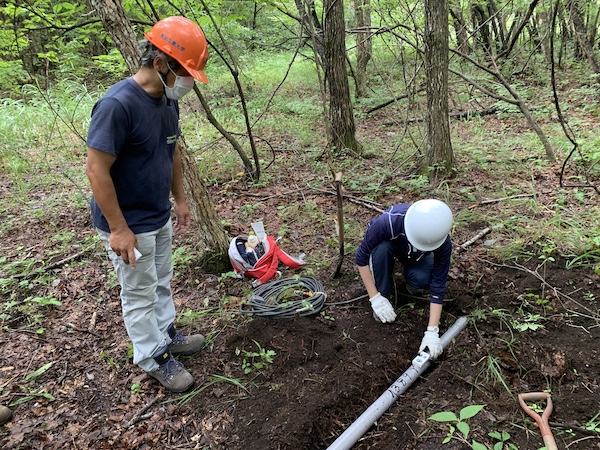 On September 2nd, there was a lecture on the basic principles of the MT method for estimating the spatial distribution of underground resistivity, which changes greatly due to the diverse pyroclastic sediments and hot water that constitute the volcanic structure. Students collected data covering half a day from equipment installed on the first day, and learned analysis methods based on the MT method.
On September 3rd, the students collected data covering two days, assumed a one-dimensional model where resistivity changes only in the vertical direction, and estimated the underground resistivity distribution which could explain the data obtained. 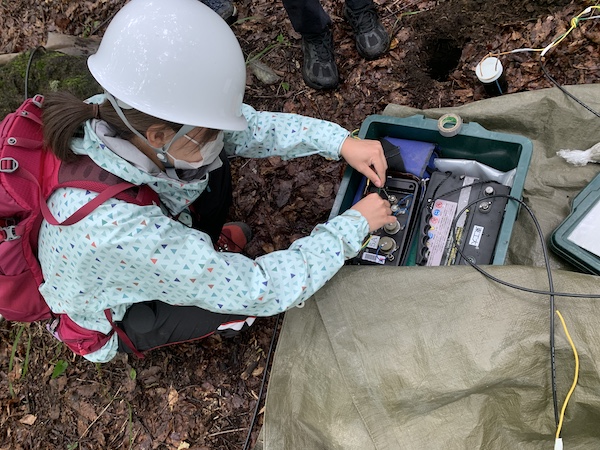 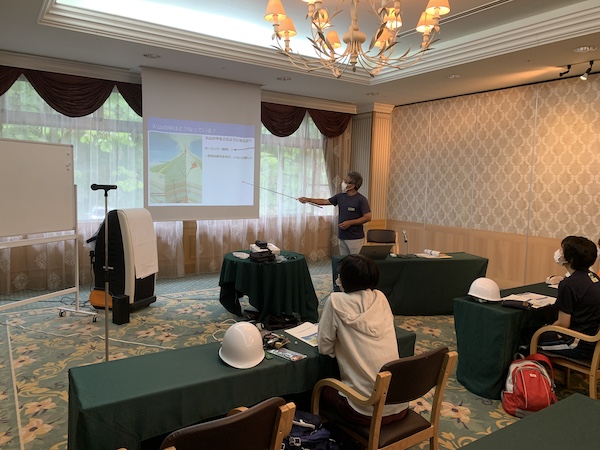 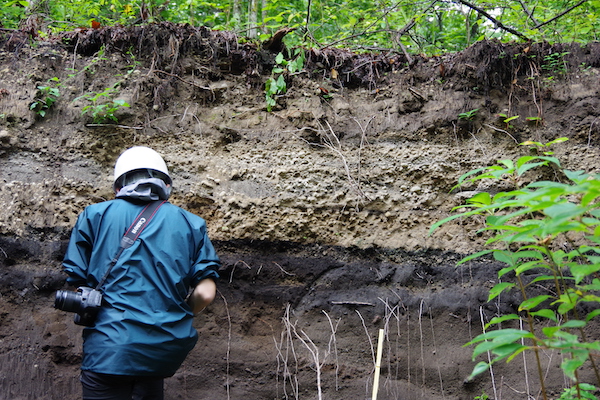 On September 2nd, Professor Ishizaki gave a lecture, after which the students traveled toward Mt. Aoba of Mt. Kusatsu-Shirane, observed outcrops of various tephra layers, and created a columnar section. Next, the group moved to Sesshogawara and observed the lava levee, lava wave, and fumarolic area.
On September 3rd, Professor Tsukasa Oba (Akita University) lectured explosive eruptions as well as on the generation process and features of tephra, after which the students conducted microscopic observations of the volcanic ash of the Kusatsu-Shirane volcano while using ash samples (e.g., Sakurajima, Towada) for comparison under the guidance of Associate Professor Takeshi Saito (Shinshu University). Afterwards, the students analyzed X-ray diffraction patterns (mineral identification) obtained from Kusatsu-Shirane field studies in 2017. On September 1st, Associate Professor Toshiya Mori (Tokyo University) lectured the observation of volcanic gas composition as well as volcanic gas measurements using multi-GAS. After calibrating the equipment, the students conducted measurements at the fumarolic area of Sesshogawara and the hot spring area near Yubatake. 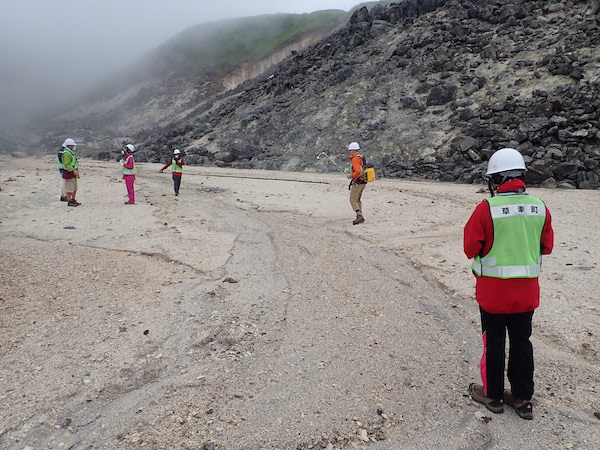 On September 3rd, Professor Kenji Nogami (Tokyo Institute of Technology) lectured volcanic observation based on chemical analysis and volcanic gas disasters. Furthermore, students also investigated hydrogen ion concentrations of hot spring water using a pH meter and conducted anion measurements using ion chromatography.
On September 3rd, students investigated differences in volcanic gas composition due to location and measurement environments in the fumarolic area, as well as the origin of hot spring water and its relationship with volcanic activity based on volcanic gas composition and hot spring water data obtained up until the day prior. 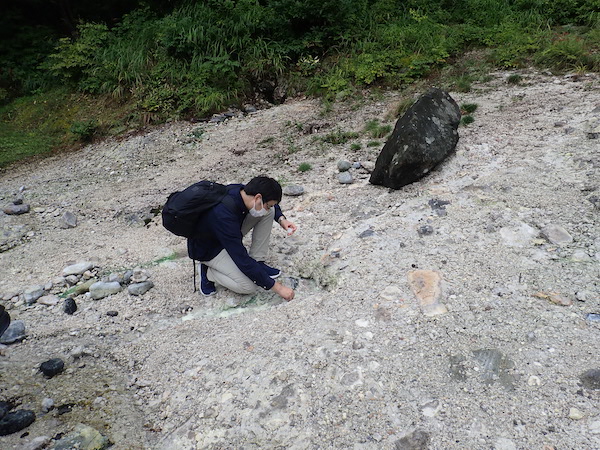 On the final day, September 4th, students gave presentations that summarized the field study content. Two groups were formed from each of the geophysics, geology/petrology, and the geochemistry course groups for oral presentations of the field results, and a lively question and answer session was held for each group's presentation. Finally, the professors gave comments for the work. 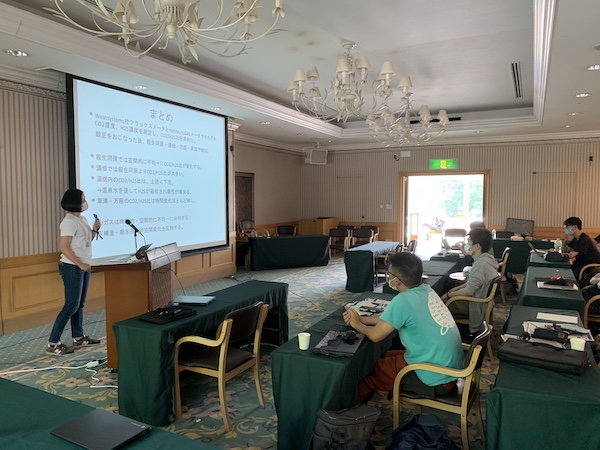